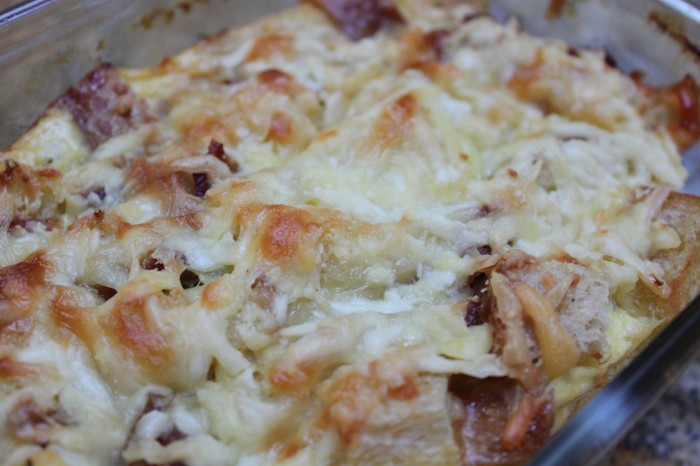 Peter asks what I’m making.I say “bread pudding with the left over cubed bread.” He eyes the bacon I’m frying and asks “with bacon?” “Well, yeah, bacon makes everything better!” I reply. “Even dessert?” he asks skeptically. “Dessert??? This has bacon, cheese, spinach and sun-sried tomatoes. I didn’t know where was such a thing as sweet bread pudding” I reply. Pause. “I didn’t know there was such a thing as savory bread pudding!” LOL 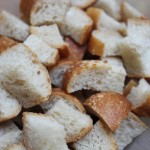 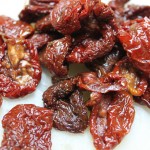 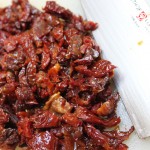 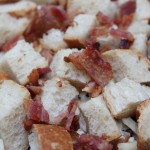 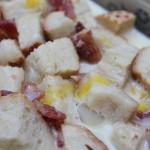 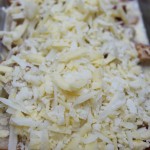 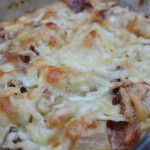 Preheat oven to 350F
Lightly grease a 13- x 9-inch baking dish or two loaf pans
Arrange bread cubes in a single layer on the bottom of the dish
Top with spinach, sun-dried tomatoes and bacon
Sprinkle with half the cheese
Layer more bread cubes and bacon